Designing a Heiti Font for Nüshu, an Ancient Chinese Women’s Script
This is an ongoing conceptual font design project for a seminar on Global Language Justice (GLJ) taught by Dr. Isabelle Zaugg. GLJ is a new initiative at Columbia University’s Institute of Comparative Literature & Society that aims to resist against the global and social effects of English monolingualism through theory and practice. It explores the "relationship of language and technology, the problem of translation across disciplinary divides, and new possibilities for revivifying language communities at the interface of arts activism, legal redress, and digital technologies.”
Timeline
Spring 2019 — Ongoing 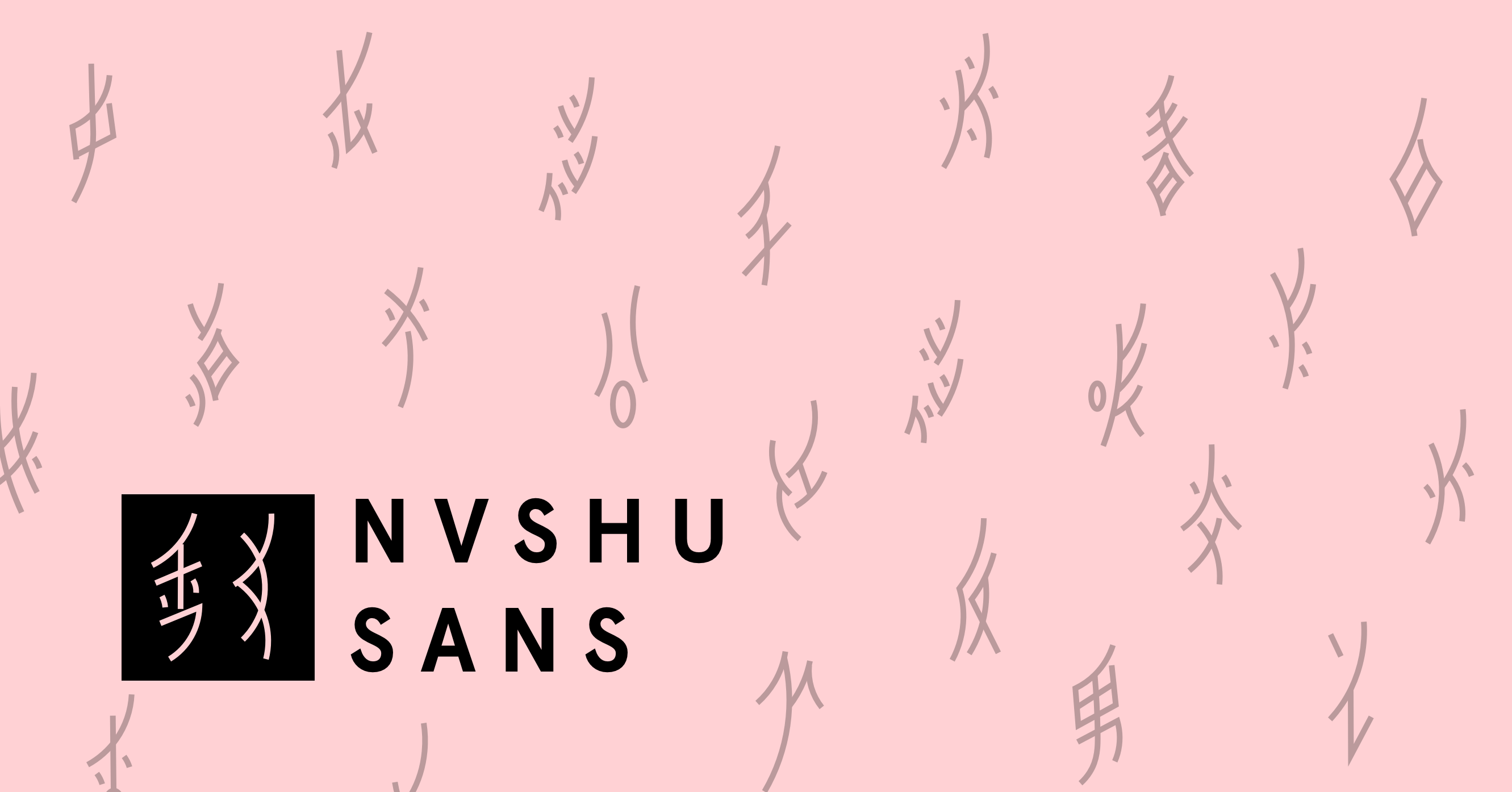 History & Context
What is Nüshu?
Nüshu (女书), which means “women’s writing” in Chinese, is an ancient syllabic script invented and used exclusively by women from the small village of Jiangyong County, located inside the southwestern Hunan Province of China. Aided by the mountainous geography of the region, the script remained in virtual secrecy from the outside world until the 1980s, when it was first “discovered” by Chinese scholar Gong Zhebing, whose pioneering research on Nüshu introduced the script to the Chinese public and put Nüshu on the map of endangered ancient scripts. While the exact origin of Nüshu is still widely debated by scholars, there are records of usage that date back to the Qing dynasty, transmitted from generation to generation through matrilineal descent. 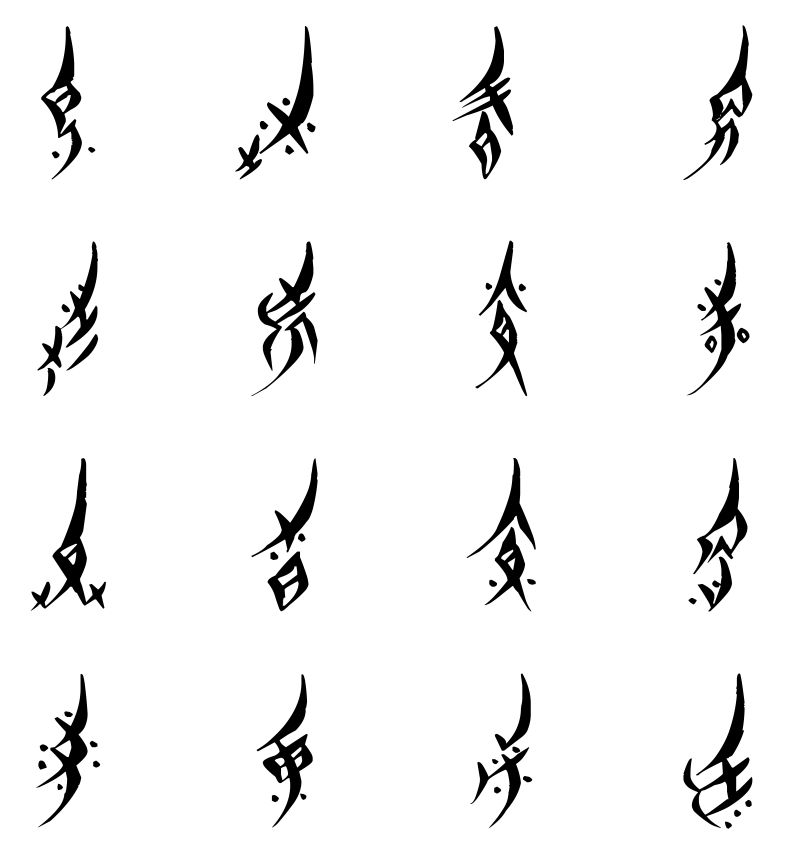 Although evidence of women’s literacy and literature of traditional Chinese characters (hanzi 汉字) has been documented since the first century B.C.E., formal education and use of classical Chinese script were available almost only to women of the gentry class who resided in more affluent, urban areas. Prior to the 20th century, the rural women of Jiangyong country were not only denied of formal literacy education, but the inherent visual and semantic complexity of hanzi functioned as a tool of exclusion and prestige. It is therefore under this highly sex-segregated social context that Jiangyong women developed a writing system of their own, maneuvering strategically under patriarchal constraints in an effort to communicate, voice, and record their life narratives and daily grievances through the medium of songs, poems, letters, embroideries, and fan calligraphy. 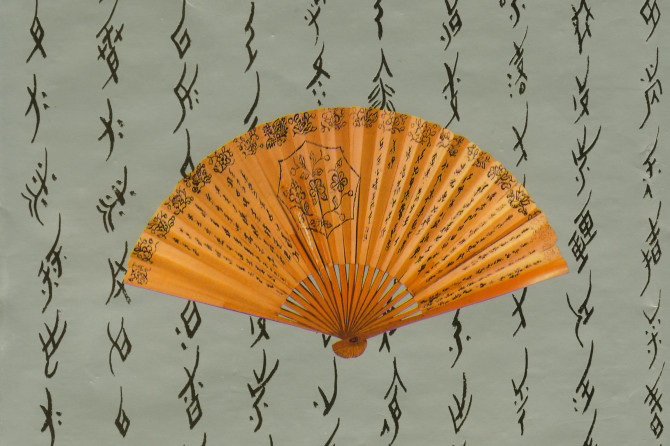 However, since the Communist Revolution of 1949, Nüshu slowly fell out of use as women were granted equal access to state-sponsored public education, under the socialist agenda of achieving “gender equality.” Moreover, Nüshu became condemned by the Maoist state as a “witch’s script” during the Cultural Revolution, and many texts and artifacts were burned, further ensuring the script’s dying vitality. The line of transmission was officially broken when Yang Huanyi, the last native writer and speaker of Nüshu, died in 2004. On a more optimistic note, efforts to revive the script are currently being carried out by a few scholars in both China and the West, particularly those from Tsinghua University and Southwest Minzu University. In 2017, over 600 Nüshu glyphs were encoded in Unicode 10.0.0, although digital support for Nüshu still remain scarce, if not virtually non-existent.
Features of the Nüshu Script
Visually, the Nüshu has often been described as an “italicized” variant of Chinese characters, appearing narrower and more elongated than the square, boxy hanzi characters. Similar to the hanzi character “多,” the defining features of Nüshu are its long, arced strokes that slope towards one side. Zhao Liming’s comparative research reveals that more than 80% of Nüshu characters were “systematically redeveloped” from the square Chinese characters. Over 100 Nüshu characters borrow the whole Chinese character and “turn the square from into an italicized form,” while some others are “italicized in the direction opposite to the original” (Zhao, 129). About another 150 characters are “recognizable adaptations” of Chinese characters, often achieved through reducing strokes or simplifying certain elements of the original. Unlike the logographic script of hanzi in which every 20,000-or-so character is assigned a semantic function, Nushu has a phonetic syllabary consisting of only around 1,000 phonetic signs that correspond to a sound in the local dialect. Therefore, reading and writing in Nüshu is highly contextual since one is able to use homophones to achieve a variety of meanings. 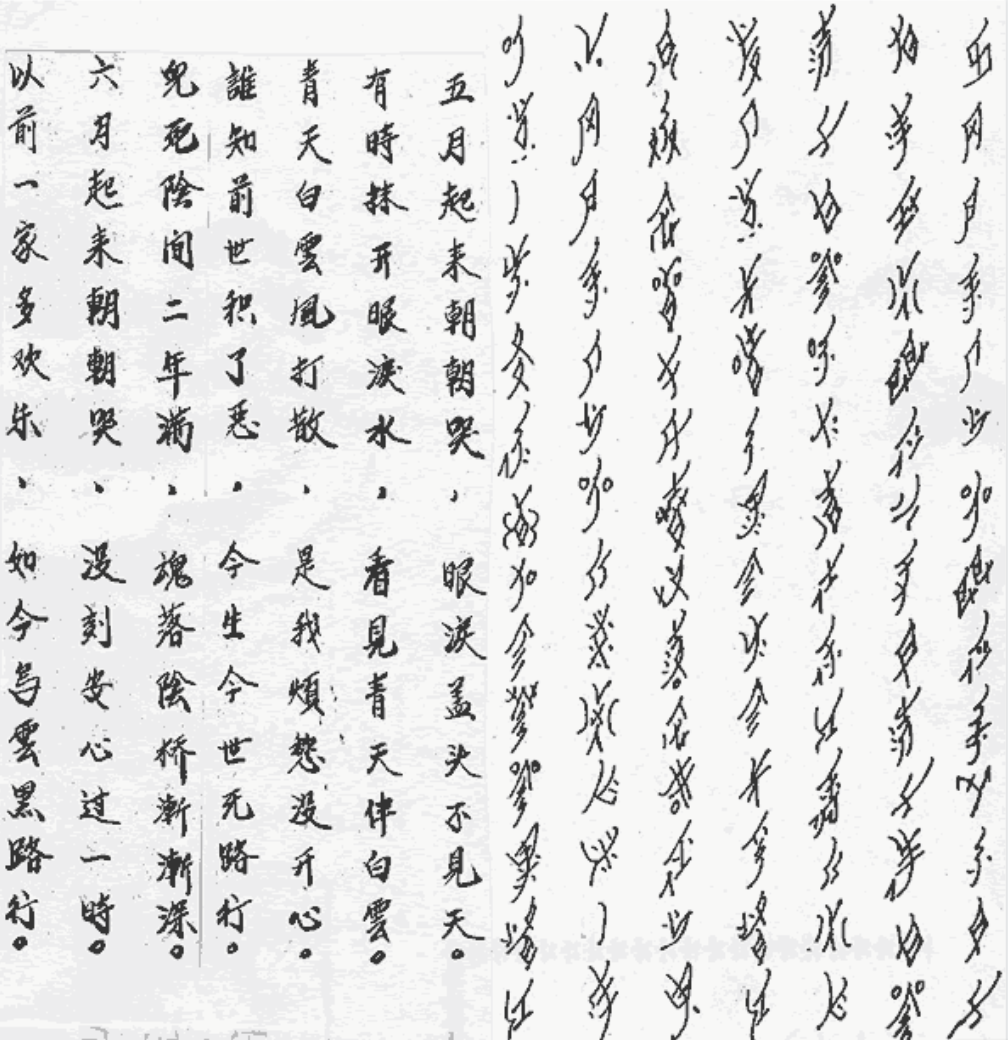 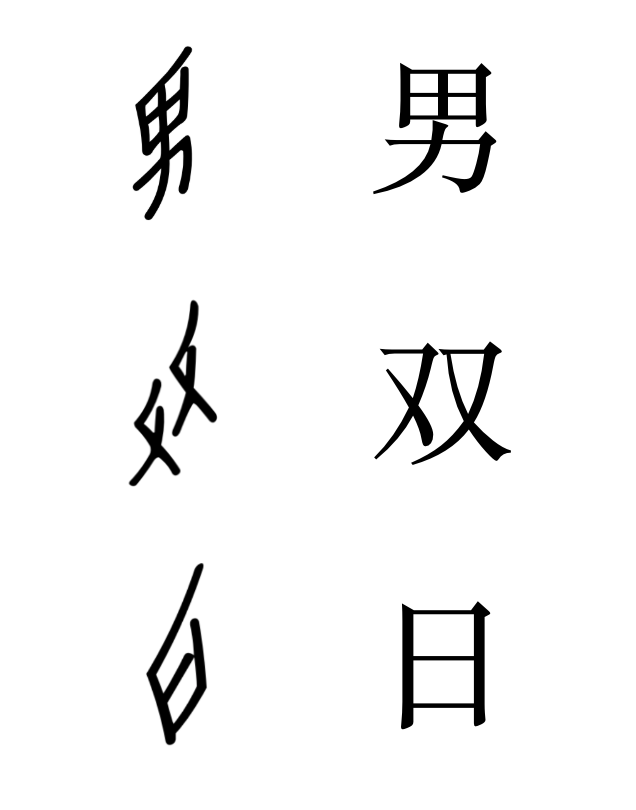 Why design a font for Nüshu?

I consulted a total of three different sources of classified Nüshu glyphs to gauge what the “ideal form” of each character should look like. One is obviously the handwritten glyphs provided by Unicode. The other two are from the Nüshu Dictionary and the Nüshu Calligraphy Book. The website www.nushuscript.org proved to be an invaluable resource in helping me compare different glyphs as well as converting text from hanzi to Nüshu. 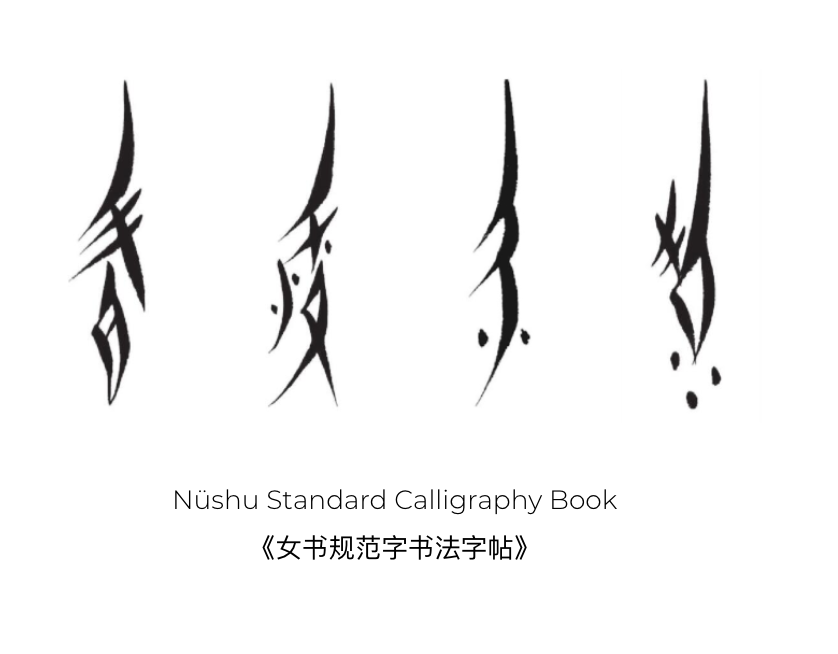 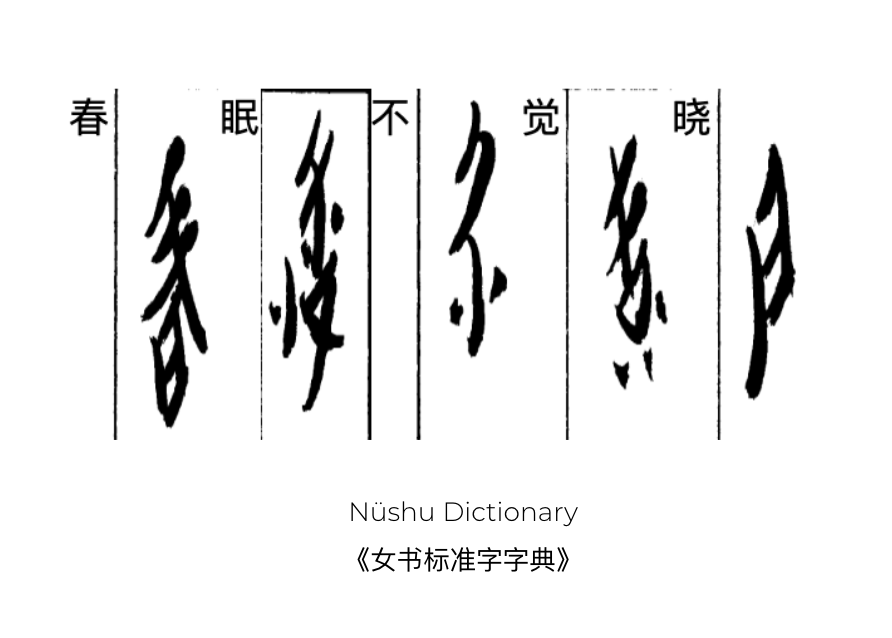 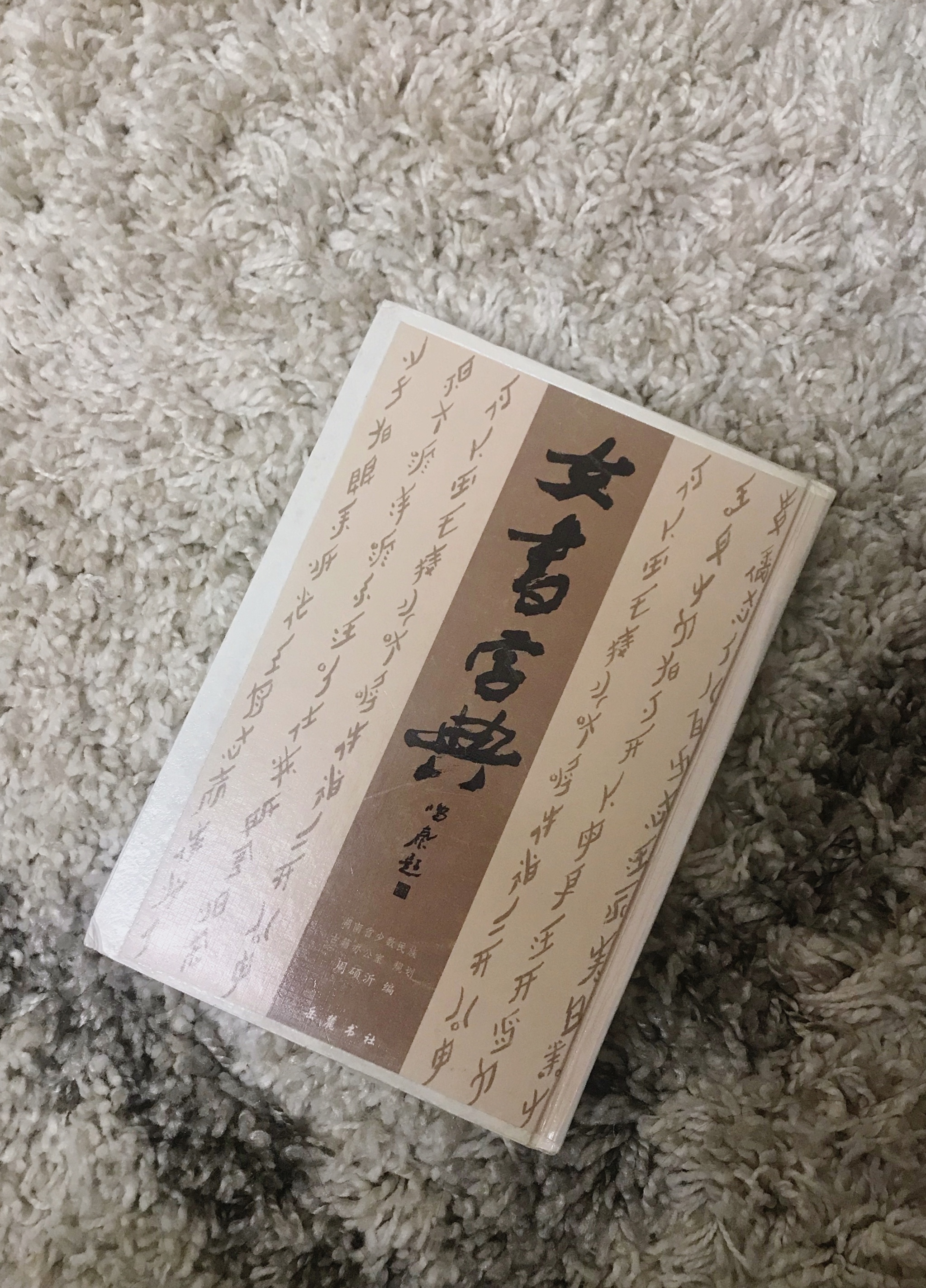 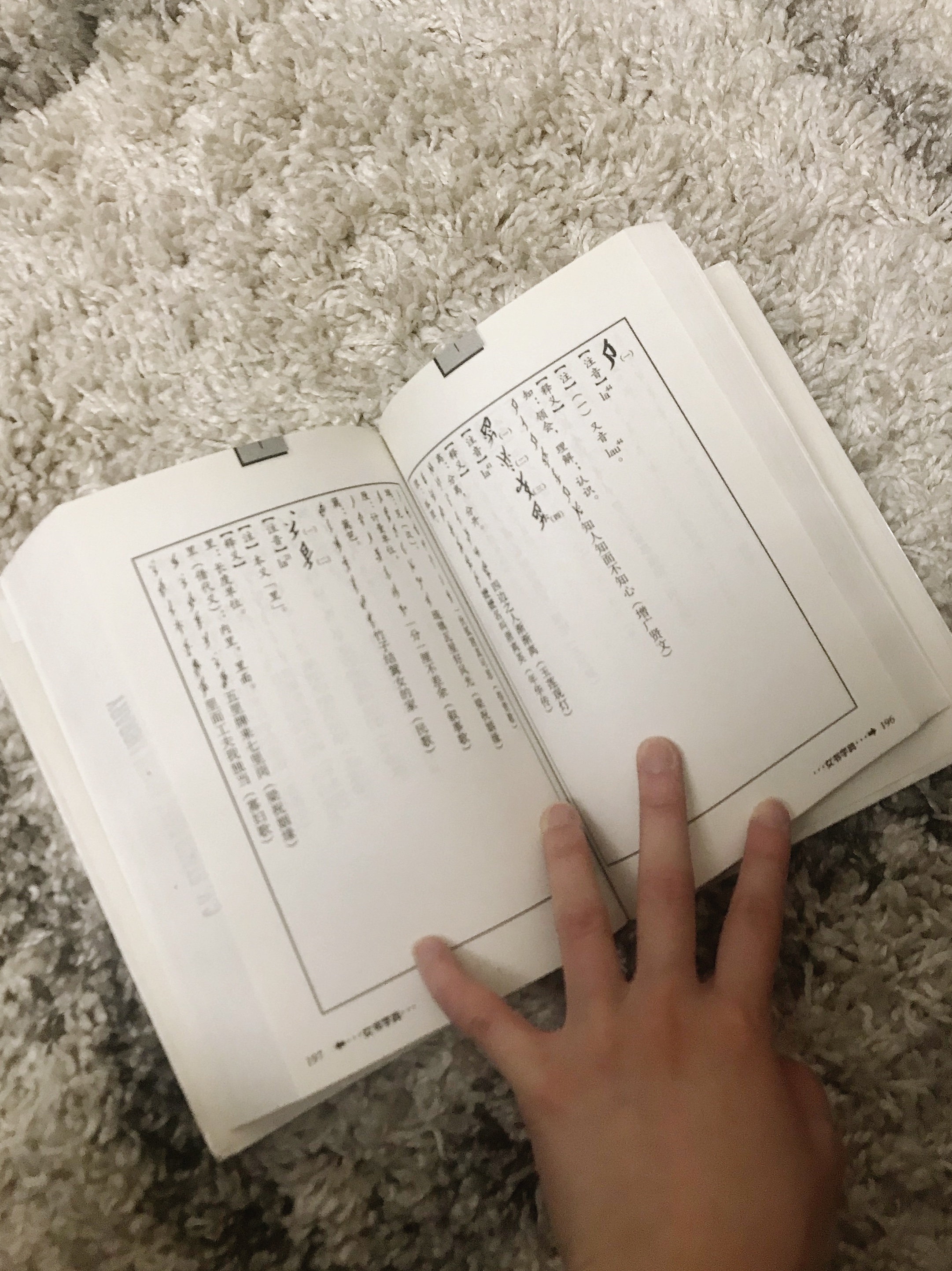 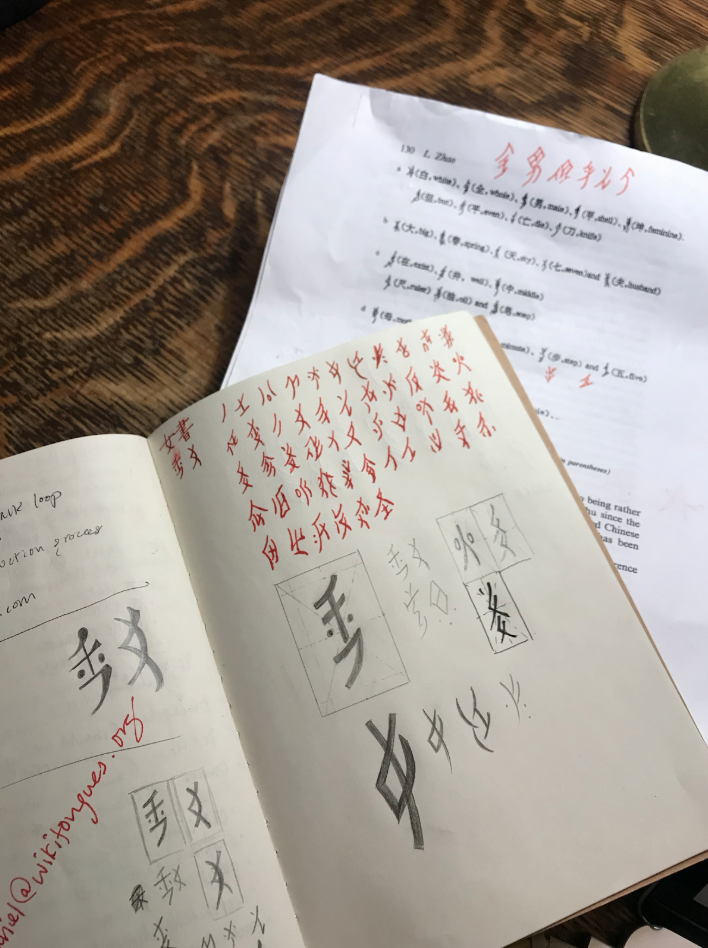 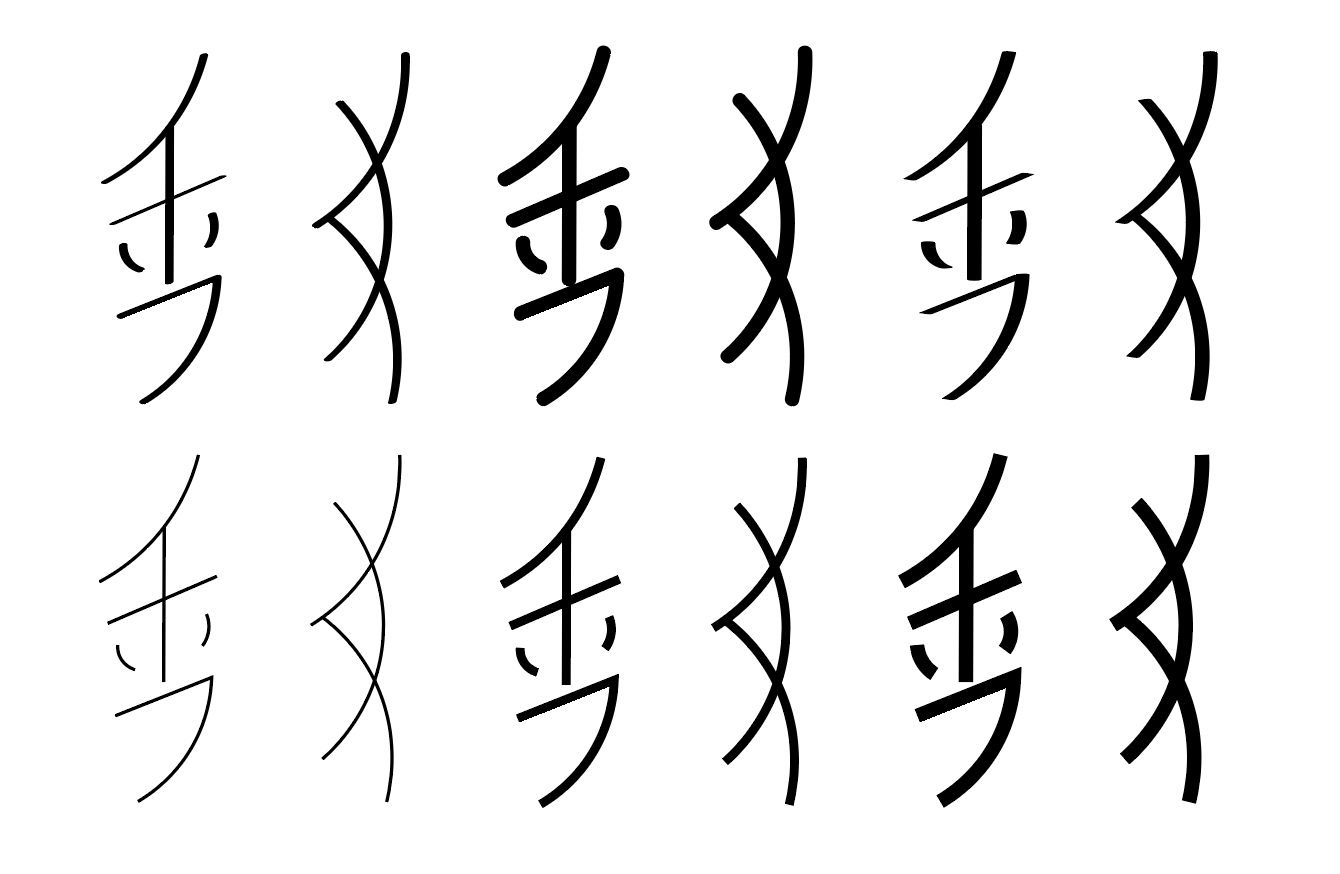